Who is this Man?

“I think the medium of image and sound is unbelievably powerful and it is exciting to imagine where it will go, what it can do in terms of communicating worlds of thought.”
- Dax Thomas 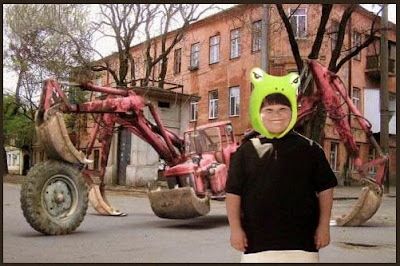 Dax Thomas is 29 years old. Dax was born in the arid landscape of central New Mexico where massive rock formations and red colored earth create dramatic views in every direction, at any given moment. Casa Blanca, New Mexico where Dax lives could easily be a film location with it’s stunning vistas and quiet certainty. It was in this some what isolated community--Albuquerque, New Mexico the state’s largest city is an hour East of Casa Blanca--Dax grew up. Maybe it was being a bright, curious, independent soul, an only child--whatever the circumstantial combination--Dax seems to have found his calling in film making and found it early in life. In his words he was, “Born watching movies”.

“Going to a film in a theater early on was an actual magical thing for me. The smell of popcorn and the darkness and the wonderful feeling of not knowing what you were going to see. This is when films could hypnotize me without effort. Transfixed, I wanted to be able to make these things that made me feel so much.”

Dax started making movies when he was 9 years old. Using a used VHS camera his mother bought for him, one of his first films was a remake of the Alfred Hitchcock film, “Psycho”. So here’s this Native American kid from Laguna and Acoma Pueblos, rooted in a culture that’s almost as old as the rock formation he lives under, filming a remake of “Psycho”, what a perfect example of the postmodern Native experience.

Since the remake of “Psycho”, Dax has made several short films. His work often plays with still shots, edited at a machine gun pace and infused with an eclectic sampling of sounds and music. The results are fragmented visual and audio tapestries woven together to make social commentary. Brutally honest, a Thomas film demands that viewers go far beyond the stereotypical Native movie experience. His work responds and consequently reflects contemporary life in it’s rapid and sometimes painful transformation. The imagery and symbolism speak to a universal audience and it’s for these reasons that Dax Thomas is an important part of the Always Becoming hour long documentary. Dax has lived the Always Becoming project from day one. He understands the details of this art project and is capable of articulating the visual nuances crucial in documenting the making and telling of the Always Becoming story.

And so now we know a bit more about Dax Thomas.


Next Month:
In preparation for the February interview with architect and NMAI Sculpture Competition selector, John Paul Jones, next month’s blog will be dedicated to introducing Mr. Jones.
1 comment: