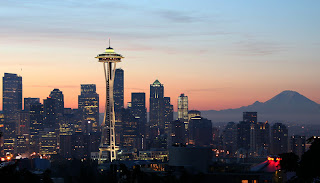 This blog entry will include a travel itinerary and some general information about our trip to Seattle (February 6-10) to interview Architect, John Paul Jones. Mr. Jones was a selector for the National Museum of the American Indian Sculpture Competition. We'd like to catch up with Mr. Jones and ask him some questions about indigenous Architecture, the sculpture competition at NMAI and how culture and environment influence design.

For the past 40 years Mr. Jones has worked as an Architect and Landscape Architect developer. He is co-founder of the Architectural firm, Jones & Jones Architects based in Seattle. Coming from Cherokee and Choctaw ancestry, Mr. Jones attributes his environmental and Architectural sensibilities to his culture. His award winning designs have graced Washington state as well as our nation's capitol. Mr. Jones was a lead design consultant during the creation of the National Museum of the American Indian on the Smithsonian Mall. 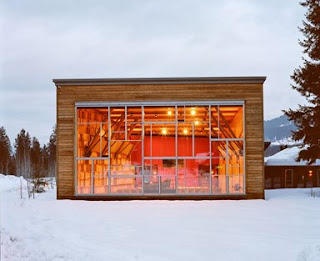 We plan to film examples of his Architectural designs around the Seattle area, interview him on site at a renovation Mr. Jones is presently working on at the Evergreen State College Longhouse in Olympia, Washington. We will also follow Mr. Jones to a Native gathering hosted by the Evergreen Longhouse and the Squaxin Island tribe.

February 7th - In the morning we will meet with Jenine Grey, Director of the Monterey House in Seattle. Ms. Grey has generously offered to show us the Monterey House, a re-modeled hotel by the firm of Jones & Jones. This energy conscious, cultural center for urban Indians offers shelter on many levels to homeless Native people in the Seattle area.

In the afternoon we will travel 3 hours to the Squaxin Island where we will attend the opening of the gathering hosted by the Evergreen Longhouse. Mr. Jones will be in attendance.

February 8th - We will participate and film the gathering which will include Mr. Jones, tribal leaders and artists discussing the Changing Demographics of Native Art- which is also the name of the two day gathering.

February 9th - In the morning we have arranged a trip to the Evergreen Longhouse to interview Mr. Jones at the renovation site on the Evergreen State College campus.

Afternoon and evening we return to the gathering and continue filming the evening events.

February 10th - In the morning we will film landscape and water sites in the area of Olympia as we head back to the airport in Seattle.

Next entry we will have news of our Seattle trip and plenty of visuals.